Theogony(Greek gods): Clash of the Titans 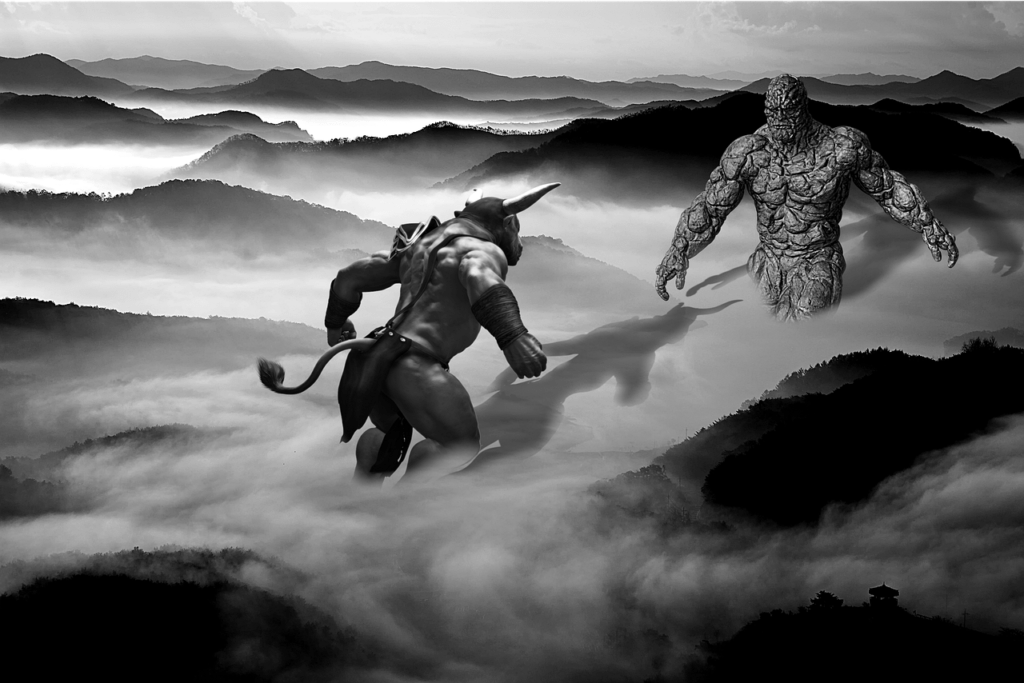 who is Perseus and what caused the collision of the Titans ?

Perseus’ narrative is told in Clash of the Titans (Sam Worthington). Perseus is Zeus’s son, although he was adopted and raised by a fisherman and his family (Peter Postlethwaite). Perseus’ adopted family is massacred by Argos soldiers, and he is apprehended and returned to Argos.

The King of the Underworld is Hades (Ralph Fiennes). When King Kepheus compares the beauty of his daughter, Princess Andromeda (Alexa Davalos), to the goddess Aphrodite, he becomes enraged. In ten days, Hades asks that Princess Andromeda be sacrificed to the Kraken (a fearsome 200-foot monster he created). Hades will demolish Argos if the sacrifice does not take place.

Perseus has been watched over his entire life by a mysterious, immortal woman named Athena (Gemma Arterton). She persuades Perseus that slaying the Kraken will allow him to defeat Hades and avenge his family’s death. Perseus, Io, and a squad of soldiers led by Draco set out on this journey (Mads Mikkelsen). They meet terrible Stygian witches, magical humanoid sand monsters known as Djinn, huge scorpions, and the Medusa, a giant serpent with a woman’s body in lieu of the snake’s head, along the trip.

What is Hesiod’s Theogony?

According to Hesiod’s Theogony , there was only Chaos at the beginning of time. Dense darkness enveloped everything until the Earth emerged from Chaos, bringing with it mountains, seas, and the sky (Uranus), as well as the sun, moon, and stars. Uranus and Earth eventually collided, giving rise to the Titans. Uranus, on the other hand, was afraid that one of his children would usurp his reign.

As a result, he encased each of them in the Earth’s depths. But his son, Cronus, the most powerful of the Titans, defeated him and ascended to the throne of the world. He married Rhea, who gave birth to Hades, Poseidon, Hera, Hestia, and Demeter, two gods and three goddesses.

Cronus, on the other hand, inherited his father’s fear. In a way, similar to the “Kans Mama” in Mathura, who murdered Devaki’s children because he was afraid of being killed by them? Cronus imagined that one of his descendants will one day succeed to his reign. As a result, he swallowed them when they were born. (This is similar to Lord Vishnu being swallowed by the Nigas , but in a different setting.) (Clash of the Titans)

Rhea, on the other hand, was expecting her sixth child and, worried that it would suffer the same fate as her previous children, she gave birth in secret on a mountain in Crete (a Greek island in the Mediterranean) and concealed the new born there. Zeus was the name she gave to the infant. Cronus was similarly duped into thinking he swallowed this child ,Cronus was also tricked into swallowing a stone wrapped in swaddling blankets, which he mistook for his newborn child.

Did Titan Defeat The Gods ?

According to Greek gods’ mythology, the Nymphs took care of Zeus and fed him goat milk as a baby. When Zeus was older, he tracked down his father and duped him into drinking a cocktail of wine and mustard, causing him to vomit the contents of his stomach.

And with that, Zeus’ older siblings sprang from Cronus fully grown! The Titanomachy (a series of conflicts) between the Titans and the Gods, with Zeus as their king, began in this way. This ten-year conflict was epic in scale.

The Titans were defeated by the gods, who cast them into Tartarus, a dark and bleak prison as distant from the earth as the sky is from the sky. The Gods then battled the Giants for the dominion over the rest of the globe The Gigantomachy, too, endured a long time.

However, the gods triumphed once more. As a result, Zeus ascended to the throne of the entire universe, and he and the other Gods relocated to Olympus.

The most important war in Greek Mythology

The Gigantomachy is considered to be the most important war in Greek mythology. It was a battle between the sons of Rhea and Uranus, the Giants or Gigantes, and the Olympian gods, who were attempting to abolish the ancient religion and establish themselves as the new rulers of the cosmos.

There is a distinction between Gods and Titans (Clash of the Titans). In a nutshell, they’re all deities from different eras. The term “Titan” refers to a group of mythological beings that existed before God was born, and Titans are frequently used to describe the world’s creation. The Titans’ children are the Gods.

GET BETTER RESULTS BY UPGRADING TODAY!​

How the world came to be

How the world came to be