How BITCOIN technology will change the current world

Today the world is changed moment by moment. Digital currency has become trending e-money all over the world.

BITCOIN has been called many things, from the future of money to a drug dealer’s dream and everything else in between. But beyond creating the web’s first native currency, the true innovation of Bitcoin’s mysterious designer, Satoshi Nakamoto, is its underlying technology, the “blockchain”. That fundamental concept is being used to transform Bitcoin – and could even replace it altogether. 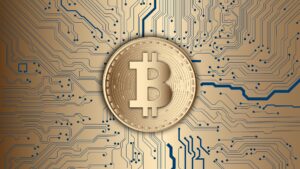 what is blockchain technology?

A ledger of transactions keeps Bitcoin secure and allows all users to agree on exactly who owns how many bitcoins. Each new block requires a record of recent transactions along with a string of letters and numbers, known as a hash, which is based on the previous block and produced using a cryptographic algorithm.

Miners, who run the peer-to-peer Bitcoin software, randomly generate hashes, competing to produce one with a value below a particular target difficulty and thus complete a new block and receive a reward, currently 25 bitcoins. This difficulty means faking a transaction is impossible unless you have more computing power than everyone else on the Bitcoin network combined. Confused? Don’t worry; ordinary Bitcoin users needn’t know the details of how the blockchain works, just as people with a credit card don’t bother learning banking network jargon. But those who do understand the power of the blockchain. Are realizing how. Can adapt Nakamoto’s technology for mass agreement.

Initially, Ethereum users will exchange bitcoins for a new currency – ether. Then, will mine ether just like Bitcoin. But acquiring another form of digital money is not the point. Ethereum is meant to work like an operating system for cryptocurrencies. Developers can create apps, such as social networks or file storage, that sit on Ethereum’s network as part of an app store.

Ethereum allows for creating a complex yet decentralized economic tools like financial derivatives. According to a weather data feed, two parties can bet on the rise and fall of an asset or crop insurance that pays out to a farmer. Creating decentralized versions of Dropbox or eBay should be possible, too, claims Buterin.

Other developers attempt to achieve the same results by overlaying new code on the existing Bitcoin blockchain. One example is the concept of “colored” coins: with bitcoins labeled to represent other assets such as gold, cars, or even houses, you transfer ownership when you trade the labeled coin.

“With bitcoins labeled as gold or even houses, you transfer ownership when you trade the labeled coin,”

Buterin says Ethereum is much more flexible. “Bitcoin is great as a form of digital money, but its scripting language is too weak for any kind of serious advanced applications to be built on top.”

One of the more advanced concepts being touted for a next-generation Bitcoin is the idea of decentralized autonomous corporations (DAC) – companies with no directors. These would follow a pre-programmed business model and are managed entirely by the blockchain. In this case, blockchain technology acts as a way for the DAC to store financial accounts and record shareholder votes.

Whatever happens to Bitcoin, the potential the blockchain offers is enormous. “This theme of using fancy maths and software to disperse existing power structures is one to which I think our society will return again and again in the coming decades,” says Hearn.

A new cryptocurrency with a solar-powered twist could be the perfect incentive to shift the world to clean energy. SolarCoin is based on Bitcoin technology. In addition to the usual way of generating coins through mining (see the main story), people can earn them by proving they have generated solar energy.

People with solar panels on their houses will receive solar renewable energy certificates from their energy company in return for feeding a megawatt-hour of electricity back into the grid. Present this certificate to the SolarCoin Foundation, and you receive one coin.

Although the coins are worthless now, people who want to support solar energy could start using the currency, giving it value.

The way of technology in samsung so far